We, The members of Geneva Lake Law Enforcement Agency are dedicated to protecting and enhancing the quality of life of those we serve by striving to provide a consistantly high levelof law enforcement services. We are committed to build a lasting community partnership with all we serve.

Patrols began in the summer of 1969 under Manager John Palmer. The first operating budget was approximately $16,850, with police officers earning $3.50 hour!

Our Agency is a fully functional Police Department, but seasonal. The Agency currently operates from April through October each year. All officers are certified law enforcement officers with the State of Wisconsin.

The Agency is staffed by 15 officers, 1 Sergeant, and the Commander. We also have a part-time Secretary/Treasurer.

Currently the Agency is funded from only four municipalities - Village of Fontana, Village of Williams Bay, City of Lake Geneva and Town of Linn. The Wisconsin Department of Natural Resources reimburses up to 75% of the operating costs. 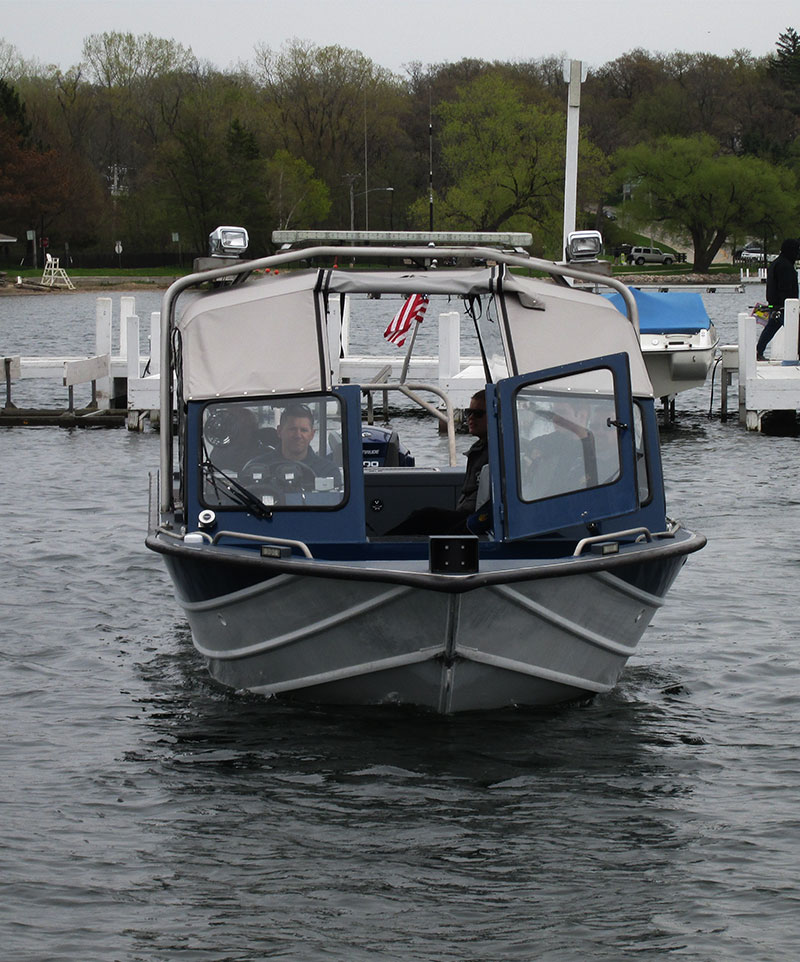